Modern but still authentic and traditional, Koh Samui will surprise you by its range of activities and well-being.

Koh Samui a little piece of Heaven, more commonly called the “Pearl of the China’ Sea”, has known a development rather late. First settled by fishermen from Malaysia and southern China. Finding in this haven of peace, a stop after long days of fishing off the southern coast of Thailand. Until the end of the twentieth century, Koh Samui was populated by a fishing community, self-sufficient and isolated. Its development began in the late 1980s thanks to the Thai Ministry of Tourism commissioning a project to develop and promote the island as a tourist destination.

Koh Samui quickly became a favourite destination for both Thai nationals and foreign tourists. The island experienced a significant change in 1989, with the inauguration of its airport built by Bangkok Airways. This will allow the island to open up and develop even more… to shine in the eyes of the world a few years later (elected 9th best tropical island in the world). 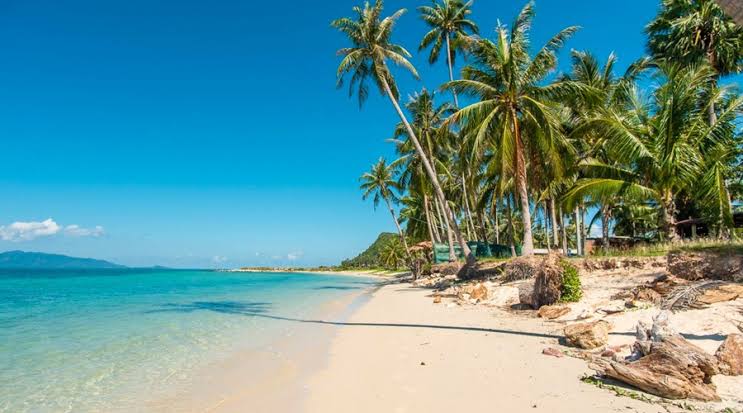 BANG POR BEACH, ONE OF THE BEST OF KOH SAMUI

It lays in the Gulf of Thailand in the province of Surat Thani, Samui basically has two seasons: hot tropical most of the year, with a brief rainy season (October, November, December). With a population of 62 500 people (2012 last census) and with more than 2 400 793 tourists in 2017, according to data provided by the Thai Tourism Ministry. The island will charm you with its many assets and activities that it has to offer. Among its assets, the sandy beaches of paradise Koh Samui : Bangrak beach, Chaweng beach, Crystal bay beach, Taling Nam beach in the south and many others you will have the pleasure to discover over the time. Whether you just want to relax on the sand or have a good time in one of the many beach clubs on the island.

With a wide range of restaurants the island will satisfy your desires of discovering the Thai culinary heritage, or just as well your cravings for your favorite world cuisine.

Also many activities and visits will be at your disposal such as the visit of the famous Big Buddha and the amazing New Temple at Wat Plai Laem. Go to discover the many waterfalls of the island including its most famous waterfall, Namuang. A desire for adventure ? Enjoy a Jungle Safari Tour or visit the beautiful Angthong Marine Park or discover the mystical Secret Buddha Garden. Looking for extreme sensations? Activities such as jet-skiing, diving, parasailing are offered Not to mention its night markets including Fisherman’s village taking place every Friday night.

Koh Samui will fulfill all your needs and desires during your stay.